First time beets user here.
I’ve got a mountain of ~2TB of music with inconsistent folder structure, naming and tags before me that I want to conform to the rest of my library with as little manual effort as possible.

I’m trying to achieve that .lrc files that are stored in the album folder are not only copied into the new folder that beets creates while importing but also renamed to preserve the relationship between .lrc file and corresponding song.

Has anyone achieved that? I don’t want to end up with
05 The Ghost of you Walks.flac
0105 - THE GHOST OF YOU WALKS.lrc
as that would break the connection between song and lyrics and I’d have to go through all of them and rename them.

In a perfect world the plugin would first check if each .lrc file has the same name as a song and if it does, rename the .lrc file using the same pattern that beets uses to rename the song while copying them to the new folder. If no corresponding song is found, ideally the plugin would move the .lrc file into a new subfolder named “LRC_unrel” to make it obvious after the fact that those lyrics need manual work. 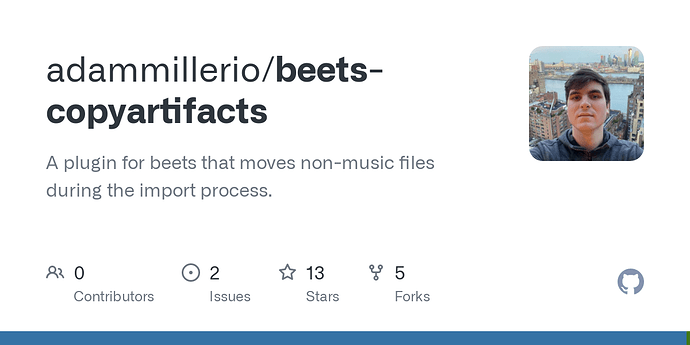 GitHub - adammillerio/beets-copyartifacts: A plugin for beets that moves... 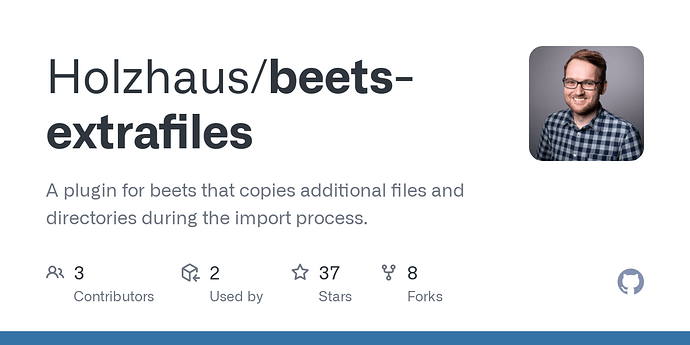 GitHub - Holzhaus/beets-extrafiles: A plugin for beets that copies additional...

has been updated in the last 2 years. Are there alternatives I’m not aware of? Is anyone still using either with a current version of beets? Can they do what I want to achieve?

Another point I’m uncertain about is errorhandling with either of these plugins. beets-copyartifacts seems to be able to rename file types using a pattern. Log files are used as an example:
paths:
ext:log: $albumpath/$artist - $album
But what happens if there’s a folder with 2 different files with the same extension? If someone kept the original .cue file for an album that was ripped as a single flac file and then also stored a new .cue file after splitting that file into multiple songs, what would happen?

I’ve been tinkering with my config file for the last few days trying to come up with most of the common pitfalls and ways to avoid them gracefully, but some stuff remains unclear to me.
I want to get it right before I work my way through the 2TB musc mountain, any help is appreciated.